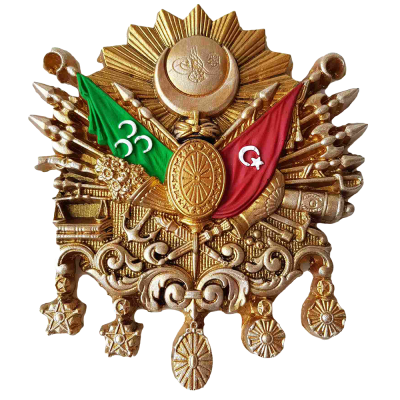 The Ottoman Empire not only preserved its rule and dominance over the largest land area, spread over three continents, surviving as the longest-living dynasty in history, but also formed the infrastructure for the Turkish republic with its political. Social and cultural heritage. It is accepted that the Turkish Republic is the legitimate successor of the Ottoman State.
It is obvious that the scientific, cultural and artistic activities, which have been taking place within the context of the 700th anniversary celebrations, have helped us to a better understanding of the unique position of the Ottoman Empire in world history.

“The Great Ottoman-Turkish Civilisation”, prepared by Yeni Turkiye, to date, has been the most comprehensive study concerning the Ottoman State. One of the significant peculiarities of this study, in which the Ottoman Empire is examined as a whole with its political, social and economic structure and civilisation, is that it brings together Turkish and foreign scholars who specialise in Ottoman history. In addition, this works is of significance not only for the culture of our country, but also for that of the world.

This study is unique in that it will form a comprehensive and scientific source for new generations that may have an interest in learning about the history of our Republic.

I am grateful to Yeni Turkiye for preparing such a comprehensive and magnificent work on the Ottoman Empire, especially when it is taken into consideration that just over a year ago, they published a five volume special issue in commemoration of the 75th Anniversary of the Republic of Turkey; I hope that this study will be a useful source for scholars and researchers.

Osman Gazi, the founder of the dynasty, had a dream; he dreamt of a plane tree, with many branches, of a great strenght and height. In order to understand the dream he went to the mystic Sheikh Edebali, who told him that the dream meant that Osman Gazi would one day be the founder of a great empire, that would stretch far and wide, and would be of great strength and last for centuries.

We, at Yeni Türkiye, wanted to create a work like Osman Gazi’s tree in honour of the 700th anniversary of the foundation of the Ottoman State. Our tree has many branches and great strength and depth, these attributes provided by the writers and their contributions. We are very proud to be able to publish this magnificent work; “The Great Ottoman-Turkish Civilisation” has become one of the grandest and the most comprehensive projects in Turkey in the field of Ottoman history. In the preparation of this work, we asked scholars who specialised in Ottoman history to send us their articles for publication. The foremost scholars in the subject of Ottoman history have contributed, not only by submitting articles for this study, but also by scrutinising the primary sources. In addition, some of these leading scholars have worked laboriously on the Editorial Board. There are 303 articles, 222 of which were written by Turkish scholars and the remaining 81 by foreign scholars. The published articles were commissioned for this project. Most of these articles were written using archival materials found in 33 countries, but on the whole the Ottoman Archives were used.

This work is neither an encyclopaedia nor a chronological study of history, nor even a history book written by a few scholars. Such a comprehensive research project has as yet not been carried out on the political, economic, social, cultural, scientific and philosophic aspects of the Ottoman Empire. Briefly, this is “the greatest research project a nation may undertake for its history”, as steted by an American scholar.

It is an astonishing fact that the Ottoman Beylik was able to become a world power, even an empire, in only one century after establishing itself in history, and that it was able to continue as such to the end of hte 18th century. Osman Gazi’s dream is seen to be symbolic of this phenomenon. However, a tribe cannot be transformed into a world power merely with the strength of its sword. The strong economy, the settled, urbanised and balanced structure of Ottoman society, combined with the impulse for the Islamic Gaza tradition, contributed enormously to the Ottoman desire for, and achievement of, new conquests.

The Ottoman desire for world domination was universal and imperial, but never imperialist. The Ottoman Empire did not colonise the countries and nations under its control and dominance; on the contrary it developed themand spread prosperity. The “Devlet-i Aliyye” was a multi-cultural and multi-national empire, as far as its area of domination, civilisation, artistic endeavurs, institutions and social structures were concerned. Many people dislike the word “Empire” these days, yet it would be inappropriate to deprive the Ottoman empire of this title only in order to avoid the negative connotations of this concept. The Ottoman Empire was indeed an “empire” that, after the Romans, was the longest lasting dynastry, preserving its rule, dominance and influence over the greatest land area, spread over three continents. According to research carried out by Ramazan Özey, the surface area of hte Ottoman State was 5,631 square kilometres during the foundation period, later reaching to 2,214,000 square kilometres during the reign of Mehmed II, 6,557,000 square kilometres in the reign of Selim (it grew three-fold in his 8 year reign), 14,983,000 square kilometres during the time of Süleyman the Magnificent, and 24 million kilometres at its greatest extent at the end of the 17th century. In 1913, the surface area of the Ottoman Empire had fallen to a total of 4,980,000 square kilometres, of which 180,000 kilometres were in Europe, 1,800,000 kilometre in Asia and 3,000,000 kilometres in Africa. There are now 45 countries established on the lands that were once under the rule of the Ottoman Sultans, and 31 countries on the lands which were under the dominance and influence of the Empire. It can be calculated from these figures, that there are 76 countries and states established on the land which was once under the suzerainty of Ottoman Sultans. The ratio of this area to the total surface area of the world is 37,8% and the ratio of the population of these countries to the world population is 40,1%. The Ottoman Empire was a significant power for a significant period of time; as sauch it deserves serious study.

As Professor Bernard Lewis has stated, the Ottoman rule was, without a doubt, a period of prosperity for every citizen belonging to any religion or any nation under its rule. Indeed, the Ottoman Millet System refers to a prosperous civilisation, which enabled every citizen to enjoy a tolerant political climate and to live in freedom, regardless of religion, race or creed. The Ottomans dealt with a multitude of civilisations, and adopted what was of value or beauty, merging them into aspects inherited from Central Asian and Islamic legacies, creating a new, rich and original civilisation.

The Ottoman was Turk. Some contemporary European countries and authors referred to the Ottoman Empire as the “Turkish Empire”, “Turkish State” or “Turkey”. The Ottoman dynasty considered themselves as Turks and adopted Turkish as the offical language of the State. However, some authors have attemped to deny the fact that the Ottomans were Turks, citing examples of the rebellious and nomadic Turkoman who were involved in the Celali revolts of the 17th century, claiming that only these people could be considered as Turks.

The Ottoman was without a doubt Muslim. This civilisation was an Islamic civilisaton, in which tought, science, culture and art reached its highest level However, the Ottoman was a “De Civitas Dei,” respectful and tolerant towards any religious belief.

We hope that this project will shed a light onto Ottoman studies for researchers, and will lead to more comphrensive studies in the future.